The Region covers South Australia with 20 Teams based in Adelaide and two Teams in Port Lincoln; and one Team each in the Northern Territory and Western Australia.

Petra Ball and Terry McDevitt married in 1991 and have been in an Adelaide-based Team since early 2001.  They were expecting their third child at the time and know how enriched their couple and family life has been as members of Teams. “The deep friendships, support and spiritual insights that are the hallmarks of our Team are valued by all of us – but of course, that is the experience of anyone in Teams” says Petra. “Our kids have grown up now, but our marriage journey keeps going – it would be hard to think of it without Teams”.

Petra and Terry have enjoyed their earlier leadership roles, saying the Templestowe formation/retreat was a great guide to deeper Teams life and the wider Movement and provided support for their taking on a Sector Couple role and coordinating on various Teams events in SA over the years.  They are the Regional Couple in SA/NT/WA from Jan 2019 till late 2022. 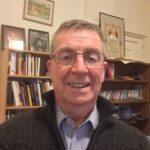 After many years of religious life in eastern Australia and Oceania, Fr Tony returned ‘home’ to Adelaide in 2016 to be with family and continue his ministry. Early life for the Egar family was in Parkside, SA, where Tony was educated by the Mercy Sisters at St Raphael’s, prior to attending CBC Wakefield St. from Yrs 5 – ‘Leaving’.

Tony moved to the Passionist Monastery St. Ives, NSW, in 1957, spent a year in the Novitiate in Goulburn, and was subsequently ordained to the priesthood in 1964. His primary work as a Passionist Priest has been in formation of younger people for ministry, and in parish work. He has worked among other places at St Brigid’s Marrickville; St Anthony in the Field, Terrey Hills; in PNG for 8 years; back to Australia & NSW again; Paul Apostle in Endeavour Hills in Vic; and he is now resident at St Paul’s, Glen Osmond, SA. His sister Ruth RSM, and brother Rob former VG are also well known to many in the Church here in SA.

Tony has worked with Teams previously in Melbourne, and has graciously agreed to walk with the Regional Team here in SA/ NT/ WA as Chaplain & Spiritual Advisor. His gentle advice, prayerfulness & wisdom are greatly appreciated. 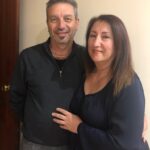 Rachele & Gabby Tullio, are members of Henley Beach Parish in the Western suburbs of Adelaide, & have been members of Teams for over 15 years. Rachele is currently working in education as an APRIM in Salisbury, and Gabby also has a background in education, and is now owner & manager of a business supplying liturgical materials

We have been members of the Henley Beach parish in Adelaide for 40 odd years, and began our Teams life when we joined Team 12 there in 2004. Since then we have done the usual rotation through Responsible Couple, but it was the Oceania Retreat in Melbourne in 2016 that opened our eyes into the National and International Teams Movement, and the people who are involved at that level.  It seemed a natural progression to accept nomination to the Sector Couple position and we are pleased to have been chosen.

We are parents to Dan, Jono and Julz, all in their 30s, and grandparents to 3 girls and 2 boys. We began our working lives as teachers, Jo in the State Primary system and Chris in the Catholic Secondary.  However, we both moved out of education, with Jo working as a Receptionist at Uniting Communities for the past 10 years. Chris went back to uni to become a physiotherapist before retiring at the end of 2016, to take up babysitting of our 3 youngest grandchildren 4 days a week!

On a more personal level, Jo enjoys cooking, quilting, Sudoku and has recently discovered cycling. Chris enjoys crosswords, running and cycling, completing 11 BUPA challenges at the Tour Down Under. He also returned to Aussie rules goal umpiring last year and plans to continue for the foreseeable future. 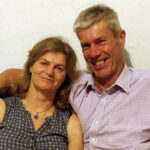 Jan Lawry & Tony Roach are members of the Emmaus Parish cluster in Southern Adelaide, and have been members of Teams for over 20 years. In addition to loyal & active local parish community membership and busy family lives, Jan is a senior health administrator, and Tony has a background in admin & advocacy with Caritas, prior to his current role with the Society of St. Vincent de Paul.

When we married in 1979 we came from different backgrounds in terms of religion and friendships and quickly agreed that we wanted to create a new shared community. We found it in Teams which we joined in 1980.   Our three daughters and son all grew up within the framework of ‘their’ Team (SA 6). We’ve been involved in Teams in a number of roles and have particularly enjoyed piloting several new Teams over the years. Our shared training was in history but from there Peter has branched into tourism and Penny is a counsellor and celebrant. They both barrack for the Adelaide Crows –when they’re doing OK.  Penny and Peter are also now the Oceania Newsletter editors.

My husband Mike and I married in 1990 and were blessed with twin sons in 1993.  Mike chose to fulfil the RCIA at Henley Parish in 1996 and our family was blessed with Team 40 in 1999.  Mike lived with cancer until 2010. Teams nurtured our ability and opportunity to communicate in intimate, caring and accepting environments.

My education and professional and personal experiences provide me with the skills to undertake the role of Regional Treasurer with confidence after the years I have had in the role.  If anyone should ever have any questions, suggestions or comments please do not hesitate to contact me through the Region’s email address.

There is Teams renewal in the NT with a newly formed team meeting regularly and strong interest in forming a second.  If anyone knows of couples who may be interested in Teams please let Petra and Terry know.

There is one Team in the West, based in Perth. The Team is interested to be joined by a new spiritual counsellor with the recent relocation of Sr Maureen Stempko to the UK.

They are keen to have more Teams so if there are any couples interested contact Petra and Terry, the SA/NT/WA Regional Couple in the first instance.