The ACT-NSW Region of Teams covers Canberra, situated in the Australian Capital Territory and Sydney, the capital of the State of New South Wales.

At the end of 2018, there were 16 operating Teams in the ACT-NSW Region involving around 79 couples and 7 Spiritual Counsellors, with 9 Teams in the Canberra (ACT) Sector and 7 Teams in the Sydney (NSW) Sector. 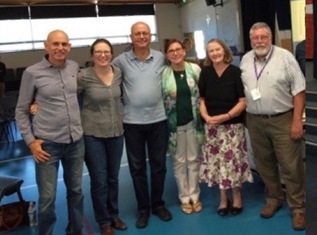 Besides Canberra and Sydney Teams undertaking their regular monthly meetings, couples also participated in the annual Charter Mass (where incoming responsible couples were installed), the annual Formation Day (focusing on a developmental theme) and a Crossroads function (where Teams came together). Some special activities undertaken by the ACT-NSW Region in 2019 have been: 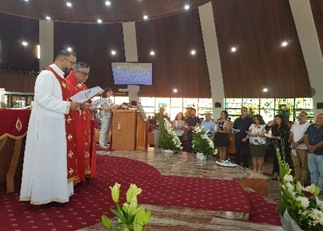 The first Team in the Region held its initial meeting in Canberra in late 1966. This Team comprised Joan and Jim Bowler, Barb and Bob Hutchison, Di and Frank Archer, Liz and Garry Raffaele, Margaret and Terry Healey, Pat and Wally Lambert and Fr Wally Black MSC (the MSC Order provided many Spiritual Counsellors supporting our Teams).

Teams commenced in Sydney in the late 1960’s and in Nowra in 1972. Over the years the number of Teams grew and from 1996 a separate ACT-NSW Region was formed – prior to this we were under the support of a Victorian Region. There have been many wonderful Regional and Sector Responsible Couples guiding Teams in the ACT-NSW Region.

A regular Magnificat Newsletter for the ACT-NSW Region is produced and can be accessed by going to the ’What’s New’ tab.

Please contact one of the following Responsible Couples for further information